On the Fijian island of Batiki, coconuts are plentiful and families on the island get involved in the local picking and production work to make homemade coconut oil.

Bula Batiki then sells the coconut oil in the UK, with all profits being reinvested back into the Batiki community for education, housing and healthcare developments. Callum Drummond and Ellis Williams initially went to Batiki with a charity called Think Pacific, where they lived with local families and taught in the local primary school. During this time they saw that the island was able to produce coconut oil, and Callum and Ellis then put together plans for how to create a sustainable income for every family.

As a start-up, Bula Batiki faced several challenges when the co-founders returned from the remote Fijian island, Batiki, with a plan to launch their not-for- profit coconut oil business. They established a way to transport raw coconut oil in larger plastic containers off the island and handle packaging and labelling in the UK. However, the founders had to rapidly learn all the essential sales and marketing skills for starting a business. They knew they would need a website and a brand for the company, but not what specific content and technology would get an online shop up and running successfully.

Like every start-up, Bula Batiki had limited budget, so when Callum found Anorak Cat, he was seeking a web designer who would be flexible with their pricing and services – and take a genuine interest in the founders’ cause to bring profit directly back to the families on the island.

After the first few conversations where Richard from Anorak Cat advised Callum on what content to collect on their next visit to the island, Bula Batiki hired them to support the design and launch of the website.

Callum says, “We first met Richard and Amy from Anorak Cat in November 2015, and were planning a return trip to Batiki in the December. It was a challenge to work out what we needed for the website to gather footage and local information on the island. Anorak Cat gave us a great deal of help with how to prepare the site for launch the following May. As an example, Richard persuaded us to re-consider overlaying music on our video, to ensure a good experience for users.”

Solution – Web design to highlight the homemade concept and brand

Bula Batiki planned their official launch for May 2016, working with Anorak Cat in the run up to plan the look and feel of the website. For the design, Richard helped Callum select colours, fonts and background effects to highlight the beauty of the imagery from the island. They were looking for a bright, friendly image and once the early version of the website was underway, they engaged The Field Collective to create the company logo. To blend with the black on white logo, the founders originally chose dark grey fonts for the website. However, Richard advised that the legibility could impact on visitors, helping them select black font on a transparent white background.

As part of Anorak Cat’s hosting and support package, Richard provides Bula Batiki with training on WordPress and ongoing maintenance for amends to the site.

Callum says, “I was impressed with Anorak Cat’s approach – enabling us to make minor changes to the site ourselves. This matters greatly for a small business, where you can’t afford to pay a web designer for every tiny update. On the contrary, Anorak Cat showed us they understood the reality of running a not-for- profit and made it easy for us. They are also extremely responsive whenever we do need their help and support, researching any issues which can’t be immediately resolved. You wouldn’t get that with most web agencies.”

Shortly after launch, Bula Batiki received their first international enquiry – from Australia where a customer had seen the website, loved the photos of their former Fijian home, and wanted to buy the genuine product. Anorak Cat updated the website in less than 24 hours, with pricing to cover Europe and Worldwide delivery, extending it from UK post codes only. Richard also advised Callum on how to facilitate international payments and set that up for them.

In the nine months following launch, Bula Batiki sold over 800 jars of coconut oil, and went on to develop a Kickstarter campaign to boost the number of pre-orders. 90% of Bula Batiki’s website traffic comes through engagement on social media, mainly Facebook and Twitter. So, it has helped enormously to have video and visual content which works across their website and social platforms.

To keep the momentum going with participants in the Kickstarter, Bula Batiki will further develop their website content and feature the families who produce the coconut oil. Preserving the island culture is a key aim, however, funds directed back to the families will help more of the children attend mainland Fijian school.

Callum concludes, “Anorak Cat is one of the most personal businesses we have ever worked with. They give their time generously, and we have really felt they care about our business aims. We will look forward to developing the future website with their support.”

Cutting to the chase with quick and simple advice directly into your inbox every week. 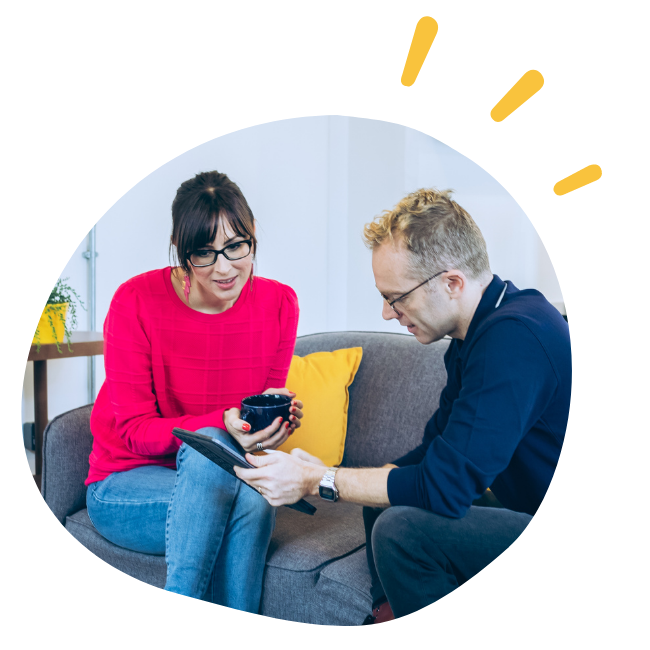